If you’re an avid coffee drinker, you’ve probably wondered just how many different types of coffee beans there are and what makes them unique. We’ve got the answers!

There are four different types of coffee beans: Arabica, Robusta, Liberica, and Excelsa. The most common (and popular) are Arabica and Robusta, but you might get lucky and run into the other two. Keep reading to learn all about these delicious beans, plus handy buying tips.

What exactly is a coffee bean?
Good question! A coffee bean is a seed found inside the fruit (called the cherry) of a coffee plant. The coffee cherry is unusual in that we don’t eat the fruity outer part. Instead, we take the pit out and roast it.

The 4 Different Types of Coffee Beans: 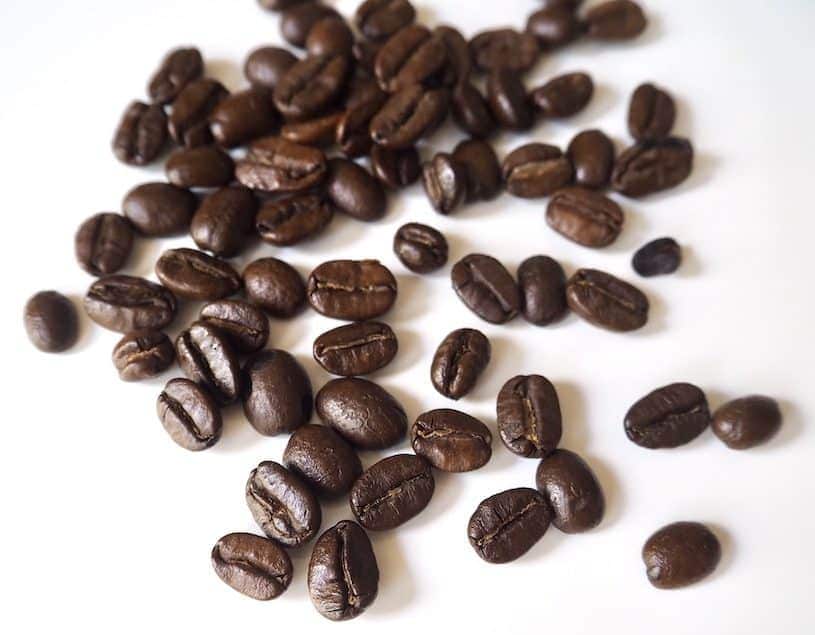 Arabica beans are by far the most popular type of coffee beans, making up about 60% of the world’s coffee. These tasty beans originated many centuries ago in the highlands of Ethiopia, and may even be the first coffee beans ever consumed! The name Arabica likely comes from the beans’ popularity in 7th-century Arabia (present-day Yemen).

The downside of Arabica beans is that they’re harder to grow. Because of this, Arabica beans are pricier. All coffee beans grow in the so-called Bean Belt, an area between the Tropics of Cancer and Capricorn, in 50 countries around the world. But Arabica beans need extra shade, water, and high altitude to grow properly. These plants are more susceptible to plant diseases and must be grown at an altitude of at least 2,000 feet. They’re also smaller plants, measuring between 8 and 15 feet when fully grown.

Most gourmet coffee brands advertise that they use 100% Arabica beans. Why? Arabica coffee beans are considered the most high-quality variety. They’re known for their smooth, complex flavor and distinct lack of bitterness.

Depending on where they’re grown, Arabica beans can offer many different tasting notes, from earthy Indonesian to floral Ethiopian. If you want to amaze your tastebuds, pick up a bag of single-origin Arabica beans!

Where can you buy Arabica beans?

Arabica beans are widely available, especially from gourmet coffee companies. If you want to try Arabica coffee, check the label to ensure that it hasn’t been blended with Robusta beans, the second variety. 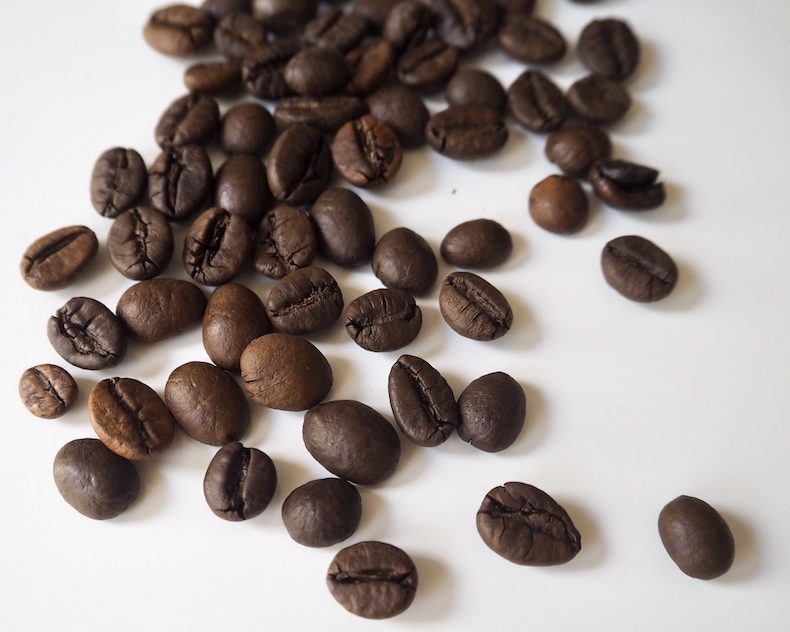 The second most popular type of coffee bean is Robusta. This bean originated in sub-Saharan Africa and is now grown primarily in Africa and Indonesia. It’s also particularly popular in Vietnam and is often mixed into coffee blends. It’s a less expensive variety, making it a very budget-friendly choice for roasters.

Robusta beans are larger and more rounded than the other bean varieties. These plants typically grow much larger than Arabica plants, measuring between 15 and 20 feet. Robusta beans are typically considered to be hardier because they can grow at lower altitudes and resist diseases. But recent research suggests that they don’t handle heat as well as was previously thought.

Many people think that Robusta coffee is harsher and more bitter. It often has a strong smell and a somewhat flat, almost burnt taste. Robusta beans also have significantly more caffeine than Arabica beans.

Though many fans of gourmet coffee turn up their noses at Robusta, we’d recommend trying it every once in a while. You may be surprised! We sampled an excellent Robusta bean from Angels’ Cup coffee subscription. The unusual Thai beans were earthy and spiced, without a hint of bitterness.

Where can you find Robusta beans?

Robusta beans are pretty easy to find since they’re common in blends. Some gourmet roasters offer special Robusta blends, and you can check Vietnamese coffee suppliers like Len’s Coffee. Plus, instant coffee is typically 100% Robusta.

Native to central and western Africa – specifically Liberia, hence its name – Coffea liberica is prized for its piquant floral aroma and bold, smoky flavor profile. This hardy species is frequently mixed with other varieties to add body and complexity, but rarely receives any credit. Unheard of in Western civilization before the late 1800s, Liberica gained a foothold with Southeast Asian coffee producers after a fungal disease (“coffee rust”) wiped out much of the region’s Arabica crops.

Growing from a much larger plant than Arabica or Robusta, most Liberica cherries tend to be irregular in shape and closer to Robusta in size and general appearance. It’s also tolerant of hot, humid climates and does well at low altitude. Now produced mainly in Indonesia, Malaysia, and the Philippines, the bean makes up roughly 2% of the world’s coffee supply. Over 95% percent of the Malaysian coffee yield is Liberica beans. However, it’s not commonly found in North American and European markets.

Among enthusiasts, Liberica coffee has a controversial and polarizing reputation for wild inconsistency. Those who’ve tried this rare variety either love it or hate it. Some coffee drinkers adore the unusual, nutty, woody flavor and sneaky backbite on the finish. Others compare the flavor to burnt garbage.

Where can you buy Liberica beans?

Perhaps the most renowned Liberican coffee is found in the Philippines, where it’s known as “kapeng barako” (Barako coffee), which translates to “macho stud” in Philippine culture. Typically served black with sugar, this hard-charging Liberican brew is not for the faint of heart. Considered somewhat of a relic from an older generation, kapeng barako is still widely available on the shelves of local supermarkets and served in coffee shops across the Philippines. In fact, outside of Southeast Asia, your best bet for finding Barako coffee (or Liberica beans) is in a market that caters to the Filipino ex-pat community. 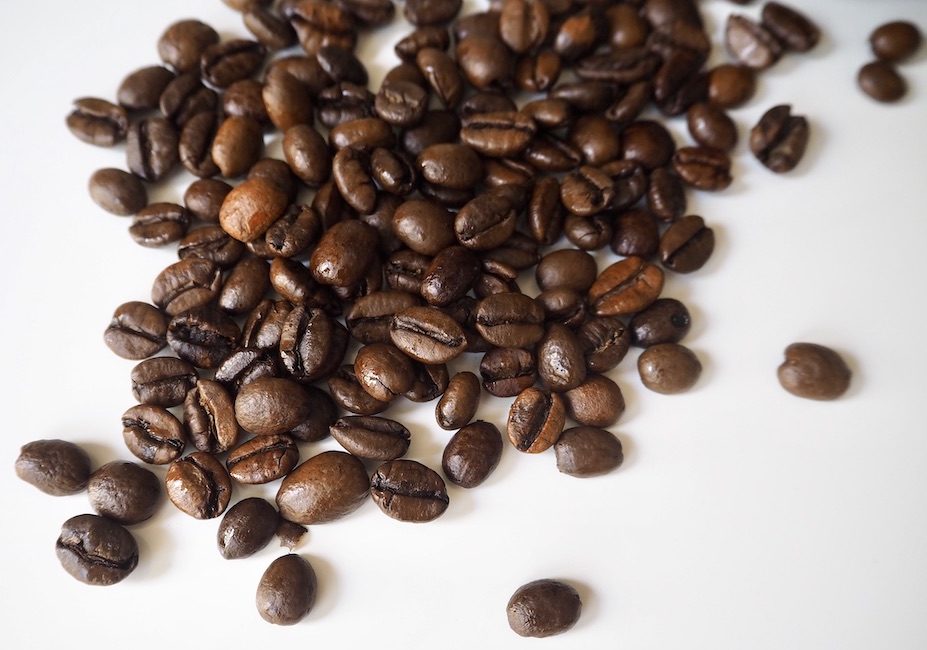 The fourth major type of coffee bean is called Excelsa. Though it was once considered a separate coffee species, scientists recently reclassified it as a Liberica variant.

In terms of flavor, Excelsa beans are pretty unique. They combine light roast traits like tart notes and fruity flavors with flavors that are more reminiscent of dark roasts. They’re also lighter on aroma and caffeine — while maintaining an unusual depth of flavor. You can sometimes find these unusual beans in blends because they add complexity.

Where can you find Excelsa beans?

Excelsa beans aren’t as common as Arabica and Robusta beans and can be harder to find outside of Asia. Luckily, specialty roasters like Len’s Coffee offer Excelsa beans.

What Kind of Coffee Bean Should You Choose?

Now that you’re familiar with the major types of coffee beans, it’s time to start shopping! If you want the best possible flavor and don’t mind paying a little extra, look for coffee that’s 100% Arabica. Prefer extra caffeine, want to save money, and don’t mind a little bitterness? Go for a bag of Robusta or a blend of Arabica and Robusta.

If you’d rather have something unusual, look for Liberica or Excelsa beans — but be prepared for a more extensive search! These rare coffee beans can be delicious but hard to find.

As always, we recommend buying whole bean coffee and grinding it just before brewing. The extra effort is well worth it, as you’ll get significantly better flavor and freshness, no matter which type of coffee bean you choose. By the way, do you know where coffee beans come from?

Also if drinking coffee causes acidity for you, you can opt for low acid coffee that is perfect for sensitive stomachs. Check out this guide from Sip Coffee House for some good options. 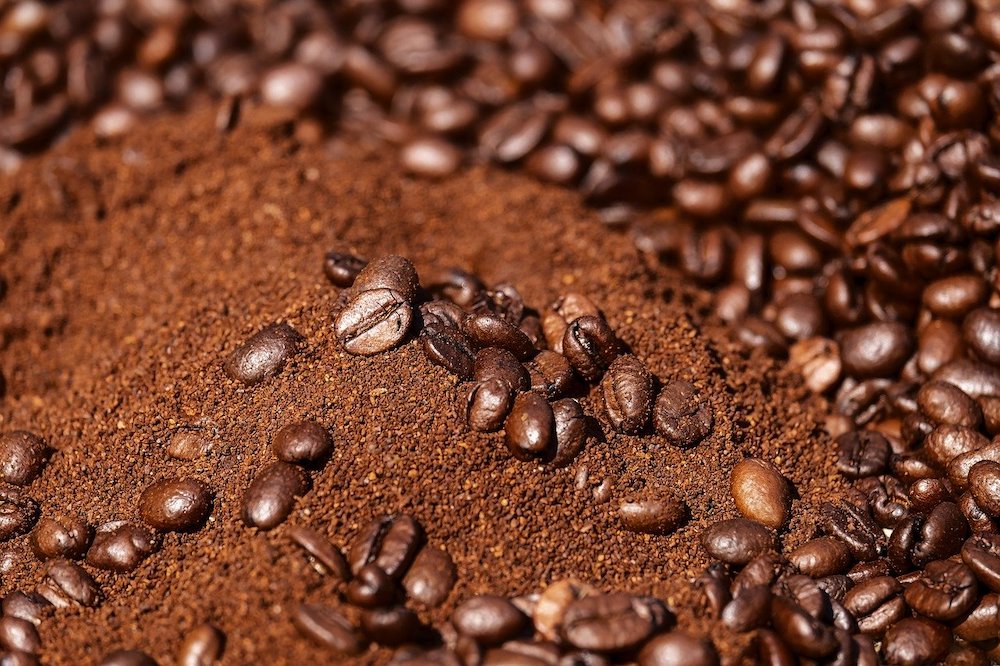 Ground vs Whole Bean Coffee: Which Should You Choose?

In the coffee community, there is much debate about how coffee should be purchased, either whole bean or pre-ground. While most coffee connoisseurs will recommend 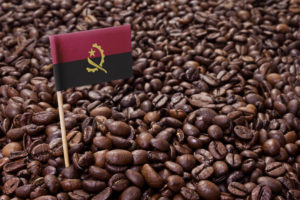 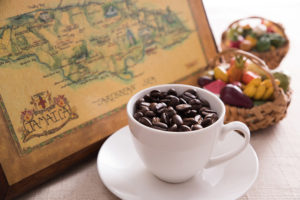 Why Is Jamaican Blue Mountain Coffee So Expensive? 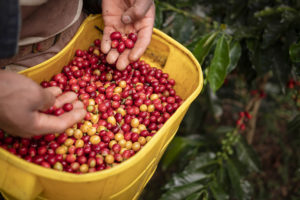 What Do These 5 Coffee Certifications Mean?