Why Does Coffee Make You Poop?

Everyone talks about how delicious coffee is, their favorite flavor creamer, and how caffeine makes their mornings more pleasant. We’re diving a little deeper into a less public question that many coffee drinkers have about their favorite morning beverage: why does coffee make you poop?

It may not be the most glamorous of subjects, but if you drink coffee, chances are you know it’s true! So, let’s dive in.

It Can Stimulate Your Colon

Your colon is the last part of your digestive tract before your digested food…exits your body, for lack of a better phrase. The colon is a crucial part of how often and when you have to poop because it quite literally moves feces out of your body via contractions.

On top of stimulating your colon to contract, caffeine also affects the amount of gastrin in your body, a hormone directly related to digestion. Gastrin causes the movement of food through the digestive tract, thereby stimulating digestion. This research article maintains that caffeine can cause more than twice the level of production of gastrin.

Some people believe that this elevated level of digestion leads to an urge to poop, as defecation is your body’s natural purging process for digested food.

Coffee Additives May Be the Culprit

You now know that caffeine alone can lead to the urge to poop, but what you put in your coffee can have varying effects as well. Many people add milk, cream, or half and half to their coffee, and dairy products like these can cause the need to poop as well.

This study suggests that over 60% of people are lactose intolerant to some degree, and that lactose found in dairy products can cause bloating and diarrhea shortly after consumption. These symptoms suggest that consuming milk or cream can naturally cause the urge to poop and that adding it to coffee has a compounded effect.

That’s right! Although most research suggests that coffee does lead to an urge to poop, other research maintains that your bowels are most active in the morning. This tendency might mean that it’s merely a coincidence that you need to poop shortly after drinking coffee.

What About Decaf Coffee?

Many people believe that caffeine is the main culprit that causes the urge to poop after drinking coffee, and to some extent, research does support this. However, it’s also clear that there are other constituents in coffee that have an effect.

For example, this study found that drinking anything can cause stimulation of the colon, but it also maintains that those who drink decaf coffee are more likely to have the urge to poop than those who drink regular water. Caffeinated coffee creates more of an urge in most people, so chances are there are other things naturally found in coffee that stimulate your bowels.

Does It Have the Same Effect on Everyone?

Coffee naturally stimulates your digestive tract no matter who you are, so the internal effects are the same. However, not everyone reports such a strong correlation between drinking coffee and having to poop. In fact, this study suggests that only about 50% of all coffee drinkers will recognize this correlation. Half, of course, is a lot, but it’s not everyone.

It’s clear that coffee causes the urge to poop in many people, but the specific reason may be complicated. It could be because drinking anything with caffeine stimulates your colon, or that coffee speeds up digestion by affecting your hormones, or that what you’re adding to your coffee is the culprit. Whatever the case may be in your particular situation, know that you’re not alone and that it’s perfectly normal and healthy to have regular bowel movements in connection with your coffee intake. 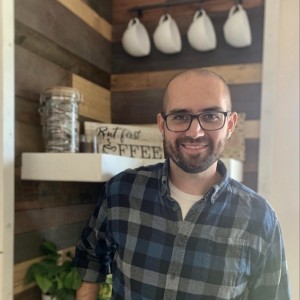 Too Much Caffeine? How to Recover From Coffee Stomach Problems

Maybe you’re a little more addicted to coffee than you want to admit. We don’t blame you; coffee is delicious. However, too much caffeine can

Frappe vs Frappuccino: What’s the Difference?

What Are The Four Coffee Waves?

Can You Drink Coffee on a Keto Diet?