Coffee has been around for quite a long time, so it’s no surprise that there have been hundreds of coffee myths throughout the years. Coffee has often been wrongly blamed for many things that have been debunked, but there are still quite a few myths that persist today. Unfortunately, some of these myths are not always safe to believe, so it’s important that the truth is out there to squash these caffeinated rumors. Here are 5 popular coffee myths that we can gladly say are debunked:

1. Coffee is Bad for Your Health

Coffee is often treated as a vice simply due to its addictive nature. However, there are some health benefits to drinking coffee daily, which prove to a lot of naysayers that coffee isn’t bad. These health benefits apply to black coffee, however, which is not how most people drink their coffee. The problem lies in what’s in your coffee: creamers, sugar, sweeteners, and flavored syrups. Unless you’re using just a splash of milk or cream (which still contain some sugar), those fun, sweet-flavored creamers or fancy syrups at coffee shops are not good for your health.

2. A Cup of Coffee After Drinking Can Sober You Up

Not even discussing the health reasons as to why alcohol and caffeine together are potentially dangerous, the suggestion that a cup of coffee can rewind a night of drinking is extremely dangerous. Coffee or caffeine does not speed up the sobering process, no matter how “sober” a person might feel. While it used to be custom for barkeeps to make a cup of coffee to help sober up their patrons, the myth was eventually debunked to help lower drinking and driving.

3. Placing your Coffee in the Fridge or Freezer Extends Freshness

While it’s important to keep coffee beans and ground coffee away from direct sunlight, the fridge and freezer are not ideal for coffee due to moisture. Moisture will speed up the process of coffee losing its flavor and possibly growing mold, especially if the coffee isn’t stored properly. Instead of placing them in the fridge, keep your coffee beans in the pantry in an airtight container or the bag that they came in.

4. If Coffee Makes You Tired, You Have ADHD

Probably one of the more serious coffee myths, coffee making a person tired does not mean that they have ADHD. While there are some people with an ADHD diagnosis that get tired with coffee, there are also plenty of people who also get tired who do not have ADHD. It’s important to understand that stimulants don’t always work for everyone, regardless of their diagnoses. Some people simply get tired after a cup of coffee, so jumping to ADHD as an explanation isn’t a good idea.

Whether you’re new to coffee or looking for a stronger caffeine kick, it might be tempting to reach for the dark roast coffee. While it may seem like strong, dark coffee would have more caffeine, it’s actually quite the opposite. Light roast coffee has the most caffeine due to the fact that it spends the least amount of time roasting, so it retains the most amount of caffeine and acidity.

When it comes to coffee, the difference between truth and myth can be hard to figure out. While some myths have been proven wrong, other myths won’t be debunked so easily. Before believing in the latest coffee rumor, make sure it’s from a legitimate source. Otherwise, you might be falling for just another coffee myth that is probably far from the truth. 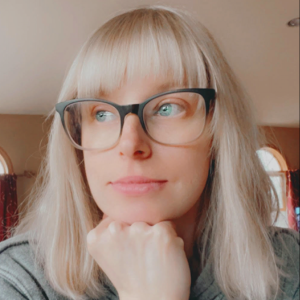 As a coffee lover, you know that you will end up with two things: coffee beans that have gone stale and coffee grounds from brewing