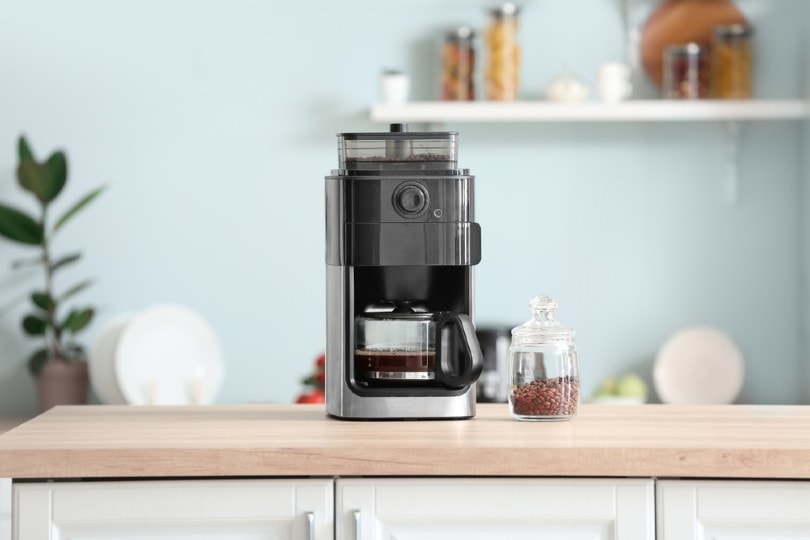 Note: This article’s statistics come from third-party sources and do not represent the opinions of this website.

The USA loves its coffee, with the average American drinking between two and three cups per day. Sources of favorite coffee drinks include coffee shops, cafes, and restaurants, but the majority of households have at least one coffee maker. Coffee makers range from the French press to the more complex Espresso machine. While a French press does not pose a fire risk, because it doesn’t have a heating element and relies solely on hot water, other types of coffee maker do use electricity to power a heating element and, although the risk seems low, there is still a risk that these can cause house fires. Such fires can occur for any of a number of reasons, from faulty wiring to a malfunctioning thermostat.

Despite the fact that millions of households across the USA have at least one coffee maker, the instances of fires caused by these home appliances is thankfully rare with estimates ranging from 30 to 50 a year. This low figure means that there is very little data available regarding the exact number of fires, their causes, or the actual outcome of the fires.

Below, we have curated nine coffee maker fire statistics that you should be aware of.

Coffee is one of the most popular beverages in the world, and Americans especially love a cup of hot joe. More than 400 million cups of coffee are consumed in the US every single day, including those that are brewed and consumed at home, as well as those that are bought in speciality coffee shops, major chains, and in other restaurants and cafes. That’s equivalent to more than 146 billion cups of coffee a year.

2. US coffee drinkers got 81% of their coffee servings at home in the year ending May 2021.

In 2020 and 2021, the emergence of the Covid pandemic, saw a major change in the way many people live their lives, including the way in which people consumed coffee. Rather than curb caffeine consumption, restaurant closures and lockdowns saw Americans turn to their coffee makers and home espresso machines.

Before the pandemic 73% of coffee servings came from home, with the remainder being sources from outside the home. The 8% increase in home servings saw more people buying our upgrading existing coffee machines and coffee makers. Espresso machines, French press, and cold brew makers, saw a 10% increase in sales in the year ending May 2021. Most cold brew machines and French presses do not use electricity or other power source, which means that they do not pose a fire hazard. However, espresso, cappuccino, and drip coffee machines do use a heating element, typically powered by electricity from the mains, and these do pose a slight risk of home fires.

4. More than 80% of US households have a coffee maker.

There are few countries in the world where the home coffee maker is as ubiquitous as it is in the US. More than 80% of US households own a coffee maker of some sort. Traditional coffee makers have declined in their prevalence, but new devices including pod machines and pour over coffee makers have increased as consumers look to sate their desire for Espresso-based gourmet coffee drinks, at home.

A drip coffee maker works by heating water to near boiling point. The water is then dispersed over the coffee grounds. At the bottom of the grounds is a filter, or series of filters, that not only prevent the solid coffee grounds from getting through but slow the water flow so that it has time to sit in the grounds and make coffee. This is one of the most common types of home coffee machine and is popular because it allows the user to brew multiple cups of coffee and typically has a plate that keeps the pot of coffee warm until it is consumed. 45% of coffee drinkers in the US used a drip coffee maker in 2020.

Some types of coffee maker have a heating element that is powered by electricity. This element is used to heat the water, while an additional element might also be used to warm a plate that keeps the brewed coffee at a drinkable temperature. It is these heating elements that have the potential to cause fire. Thankfully, fires caused by coffee makers are rare. According to some figures, only 22 consumers per year report smoke or fire from their coffee makers.

7. Electrical malfunction was responsible for 7% of residential building fires in 2019.

It is possible that coffee maker malfunctions go unreported as the cause of house fires. There are multiple appliances in a typical kitchen, many of which rely on electricity or gas, and where damage is especially bad, it can be difficult to determine the exact cause of the fire. However, in 2019, 7% of all fires in residential buildings were reported to have been caused by electrical malfunction, showing the importance of keeping your coffee maker and other electrical equipment in good working order.

The number of fires caused by coffee makers could be slightly higher than 22 per year with one report suggesting that, in the US, 300 consumers reported fires that were caused by their coffee makers in a five-year period between 2013 and 2018. This equates to 60 fires per year.

9. Coffee maker fires are typically caused by faulty wiring, thermostat, and a deterioration of wiring.

Coffee makers are electrical appliances so there is a danger of fire. This is especially true when the machine is left on for several hours at a time to keep brewed coffee warm, or where the machine is old and has not been well maintained. The most common causes of coffee maker fires are faulty or damaged wiring, a broken or malfunctioning thermostat, or electrical wiring that has deteriorated or become badly damaged over time.

Can You Keep A Coffee Maker On All Day?

Some coffee makers are designed to make a full pot of coffee that contains six or more cups of coffee, which makes them ideal for heavy coffee drinkers that don’t want to have to brew a fresh cup every time. They include a hot plate or warm plate that will keep the pot warm for some time. So, these coffee makers are designed to be left on for some time, but it is not advisable to leave a machine on all day. Eventually, the coffee in the pot will dry up and while this might not start a fire, it can cause the pot itself to crack or break.

Why Is My Coffee Maker Smoking?

A smoking coffee maker does not necessarily mean fire, but it does mean you should take action to prevent the problem getting worse. The most common causes of smoke being emitted from a coffee maker are empty water tanks, mechanical faults, and a water tank that has run dry.

Should I Unplug My Coffee Maker?

Leaving a coffee maker on all day can be a fire hazard, but some devices are designed to be left plugged in even when they are not in use. Some machines, for example, have a clock, and unplugging them whenever you aren’t using them will mean the clock resets. However, if safety is your main priority and you want to be sure, then you can unplug the machine when it is not in use.

How Hot Do Espresso Machines Get?

A freshy brewed espresso should be somewhere between 160° and 165°, but the water needs to be heated to a higher temperature than this before the drink is made, because temperature is lost throughout the brewing process. Most machines will reach a temperature, therefore, of about 195°.

Coffee is one of the most widely consumed beverages in the world and Americans drink hundreds of millions of cups of it every day, including those from coffee shops, other restaurants and cafes, and made at home. Although there was an increase in the amount of coffee made at home during the Covid pandemic, and an increase in the sales of home coffee makers, the number of home fires caused by coffee makers remains thankfully very low. 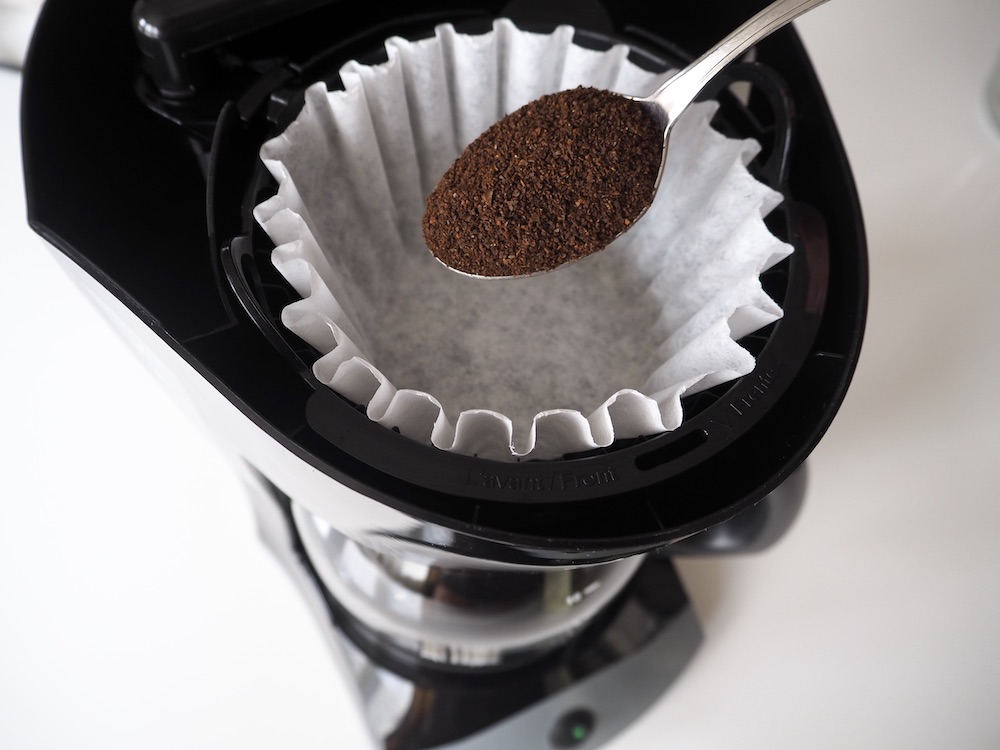 Every day, it seems like coffee makers are getting bigger and bigger. The truth is that most of us don’t need a giant coffeemaker, but 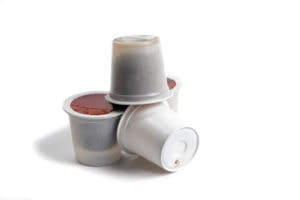 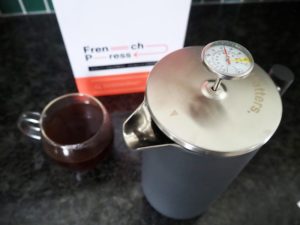 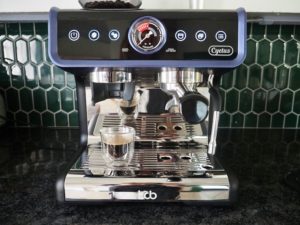