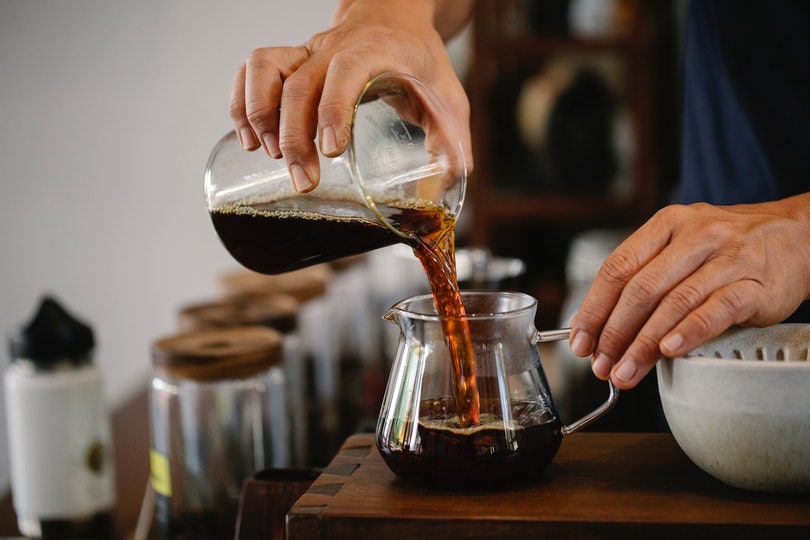 Note: This article’s statistics come from third-party sources and do not represent the opinions of this website.

A lot of people rely on a cup of coffee in the morning to get themselves going. In fact, 62% of Americans admit to drinking coffee every day, and while most people drink it for its flavor or its mild stimulant properties that enhance alertness and increase energy, it is also popular for its effects on our metabolism.

A person’s metabolism is essentially the process of burning calories to turn them into energy. Our metabolic rate is how quickly our body burns those calories.

Caffeine, which is most commonly consumed in coffee and coffee-based drinks but also available in soda and even gum form, is known to directly affect metabolic rates. It could aid in weight loss efforts by making people feel fuller and increasing metabolism, but there are surprisingly few studies that have looked at the exact effects.

Below, we have curated 12 facts about caffeine metabolism and how it could affect you and your diet.

1. Caffeine can increase your metabolism, but you have to consume a lot of it.

Caffeine is found in a lot of weight loss supplements because it may influence a person’s metabolism. Specifically, it increases the rate at which fats move from fat tissues so that they can be converted into energy. Other active substants found in coffee and cocoa have also been shown to potentially improve metabolism. Theobromine, theophylline, and chlorogenic acid, can be found in coffee and cocoa are all known to offer benefits.

However, to get the most metabolic benefit from caffeine, it is necessary to consume 4.5mg per pound of body weight. A 150-pound person would have to consume nearly 700mg of caffeine. Health bodies state that 400mg is considered a safe level for most adults and to get that much caffeine from coffee alone would require the consumption of 8 cups of brewed coffee per day.

An increased metabolic rate means that your body burns more calories when at rest and when exercising. A 10% increase, therefore, means that, if you do not change your daily habits, then you will burn 10% more calories. Consuming 700mg of caffeine can increase metabolism by as much as 29%, but a slightly lower amount of the stimulant can give a reasonable rise in metabolic rate and yield potentially beneficial weight loss results.

3. Caffeine’s metabolic increase is less pronounced in those who are obese.

Studies differ regarding the actual metabolic increase offered by caffeine. One such study showed that lean people can enjoy a 29% increase in fat burn. However, the same study showed that the benefits were far less for obese people, who only saw a 10% increase. Greater benefits were also seen by younger people, while older people saw less increase.

4. Metabolic improvements are reduced, over time, because of increased tolerance.

Another factor that can greatly impact the benefit of caffeine on metabolic rate is tolerance. Caffeine is a mild stimulant and the average person’s tolerance levels increase over time. Whereas a single cup of coffee might enhance a first-time coffee drinker’s alertness and improve their metabolic rate somewhat, the body will become accustomed to the effects as that person consumes more on a more regular basis. As such, consuming caffeine is not considered an effective long-term weight loss strategy.

5. It takes about 45 minutes for the body to absorb caffeine.

When it comes to the body’s ability to metabolize and absorb caffeine itself, a typical person absorbs caffeine in about 45 minutes. It peaks in the bloodstream between 15 minutes and 2 hours after consumption and remains in the blood for up to 9 hours before the liver completely breaks it down.

The half-life of a substance is the amount of time it takes for that substance to break down to half its original volume. By the time caffeine reaches its half-life point, its effects will greatly diminish. Caffeine has a half-life of between 4 and 6 hours, which is roughly the same amount of time that a drinker will feel the benefits of a coffee or energy drink.

Excessive consumption of caffeine can lead to caffeine toxicity or caffeinism. Symptoms include a loosening of the bowels, enhanced anxiety, and greatly increased heart rate. Severe reactions can include seizures and, although it is very rare, toxicity may lead to fatality. Experts consider a fatal dose to be approximately 10 grams of caffeine. That means it would take between 50 and 100 cups of coffee to deliver a fatal dose. However, caffeine also comes in tablet and even powder form, and it is much easier to overdose on these.

8. Caffeine gum offers faster absorption of caffeine than coffee and other caffeinated drinks.

Although coffee is the most common method to consume caffeine, the stimulant can be found in a host of other products. It is available in powder and tablet form, and as well as being found in energy drinks, it is also found in some well-known sodas. Hot beverages including black tee and green tea also contain caffeine, albeit is smaller amounts than found in coffee. Decaffeinated coffee even contains some caffeine, although only about 10% that of standard caffeinated coffee. Because gum allows for absorption through oral mucosa, it offers the quickest means of absorbing caffeine and getting its benefits.

9. Coffee is low in calories.

Coffee itself is very low in calories: a single cup contains only two calories. This compares very favorably to the 120 or more calories found in many popular brands of soft drink or soda.

As well as only containing two calories per cup, caffeine also acts as a hunger suppressant, according to some studies. Coffee has been shown to reduce ghrelin, which is the hormone that increases hunger and feelings of hunger. This means that drinking coffee may lead to an individual feeling fuller and not feeling hungry, therefore more likely to consume fewer calories over the course of the day.

11. Caffeine can increase energy levels that are lost when reducing caloric intake.

Dieting with a bid to lose weight means creating a caloric deficit. This can be achieved by increasing exercise to burn more calories and reducing the number of calories consumed. Unfortunately, calories are used to give us energy, so reducing calorie intake can lead to lower energy levels. Because caffeine acts as a stimulant, it can replace some of this lost energy and give dieters the boost they need in order to be able to perform more calorie burning exercises.

While caffeine itself does have a number of potential benefits for weight loss and has been shown to improve metabolic rate, few people drink coffee without any additives. Many people add milk, sugar, and other additives, to create their preferred brew. While coffee itself is low in calories, milk and sugar aren’t. Increasing the number of cups of sweet latte a person drinks in a day may undo all the potential benefits that the caffeine has to offer.

Studies show that caffeine can boost a person’s metabolism, with figures suggesting increases between 10% and 29%. Obese people enjoy less increase, with lean people gaining the most benefits, while it is younger people that get the greatest gains from the stimulant.

How Long Until Caffeine Is Completely Out Of Your System?

Caffeine has a half-life between four and six hours, so this long after consuming it, half of the amount will still remain. In total, it can take up to 10 hours before it completely leaves your system.

If you’ve consumed too much caffeine or are having an adverse effect to caffeine, you may be looking for ways to counteract its effects. Unfortunately, vitamin C has not been shown to have any effects in combating caffeine. Experts suggest taking a walk to help alleviate symptoms of anxiety and drinking plenty of water to stay hydrated and encourage the liver to break down the caffeine.

What Enzyme Breaks Down Caffeine?

Caffeine is often said to be the most widely consumed drug in the world, because of its stimulant effects and its mass consumption. It is generally considered safe, at least in moderation and for otherwise healthy adults, and there are studies linking its consumption to improved weight gain and increased energy levels. Coffee is the most common method of consuming caffeine, although it can also be found in sodas, other hot beverages, and in some gum, tablets, and powders. While coffee itself has very few calories, you should take note of any additives that you include in coffee drinks, such as milk and sugar, if you are looking to lose weight. 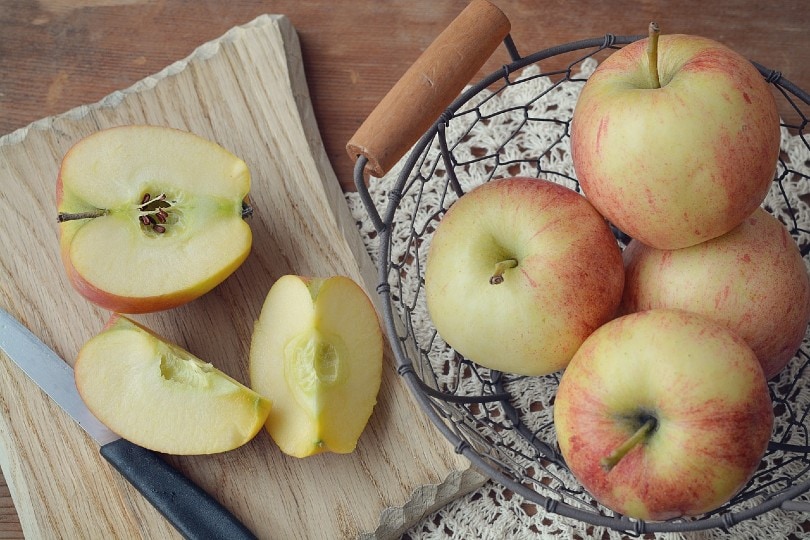 Is There Caffeine in Apples? What You Need to Know!

Rumors are a part of life. If you’ve made it through childhood, and especially high school without whispering a rumor behind someone’s back or having