As we find ourselves focused more and more on ethically sourced products such as coffee, the question of fair trade often comes up. The trouble is that many people are not familiar with what the term means and how it affects the coffee they drink.

To rectify that situation, we have outlined all you need to know in the article below. We will talk about fair trade as a general concept, what it means to be certified, and why it’s important for the coffee brand you buy and support.

What Is Fair Trade?

Fair trade is a popular concept that is designed to promote the interests of smaller coffee farmers in poor countries. According to FairTradeAdvocacy.org, fair trade is defined as, “…a trading partnership, based on dialogue, transparency, and respect, that seeks greater equity in international trade.”

What it aims to do is create sustainable jobs by providing fair wages, rights, and resources to small coffee growers. It has become a global movement that many different alliances, organizations, businesses, and advocacy groups have joined.

In the world of coffee, there are two distinct sections. They are the coffee industry and the specialty coffee sector. The former is made up of large coffee corporations such as Maxwell House, Folgers, and Starbucks. The latter are smaller businesses that sell their crop online, in coffee shops, and cafes.

Obviously, there is a huge divide between these two sections. The industry has endless resources at its disposal, yet they are the ones who are often guilty of exploiting small farmers, employees, and labor laws.

Smaller, private coffee producers have fewer resources but tend to benefit more from fair trade practices as it gives them a leg up that the bigger brands are lacking. To be fair, small farmers are also more likely to take an interest in their community, culture, and fellow coffee growers.

To give as clear a picture as possible to the current coffee-producing population, 60% of the beans imported into the United States come from the smallest coffee farms across the globe. There are also approximately 28 million families who cultivate coffee plants as their main source of income.

Fair trade practices are geared to provide farmers with above-market value wages. The importance of the above “market value” is usually not related with as much severity and urgency as it should be, however.

Coffee prices are determined similarly to the stock market. Called the New York C Price, the current price is now around $1.00 per pound for coffee beans. This is down 70% since 2014. It is also below the cost of production for most farmers which means the already poor coffee planters are not making a profit; in fact, they are barely clearing expenses with a $.80 to $1.10 per pound operation cost.

At the same time, the cost of coffee on the consumer’s end has never been higher, and it continues to rise. Therefore, the mega brands are selling coffee at a premium price while paying their suppliers less than ever before.

Try looking at it this way: Within two years, coffee went from costing big brands $2.56 per pound down to $1.72 per pound. While that may only be an $.84 difference, it takes away $387 million from farmers and their families.

It’s also estimated that 80% of coffee farmers live below the international poverty line of $1.90 per day. While no official numbers can be found, records indicate many people that work as coffee farmers are either children or are considered slaves.

What Is Fair Trade Certified?

Fair Trade Certified is technically a seal that coffee producers use to indicate to their customers they pay a fair wage and maintain above standard conditions for their farmers and various workers. By definition, it means, “that one or more of the ingredients in the product were produced and traded following Fair Trade USA’s standards.’

Keep in mind, the term fair trade has no legal bearing on coffee unless it is Fair Trade Certified. The organization not only protects the rights of smaller farmers and workers but also makes sure products are traceable. This is common, and more easily accomplished, with single-ingredient items such as coffee, apples, bananas, etc.

The two main organizations that enforce and regulate the Fair Trade Certifications are Fairtrade International and Fair Trade USA. Both work with coffee farmers to ensure certain standards are being met.

FLOCERT, however, is the more active branch in helping co-ops and coffee farms meet the necessary standards for certification. Their members also have voting power in the practices they adopt.

Fair Trade USA was formally part of FLO but has branched off to create its own non-profit in the United States. The founder, Paul Rice, wanted to break away from the cooperative structure as he believed it would enable more businesses to grow, therefore, it would help more farmers.

Due to this premise, Fair Trade USA works with both large coffee corporations and small farms and co-ops. While this choice has come under heavy criticism at times, they have still made it their priority to enforce holistic, sustainable, and organic regulations that benefit the industry as a whole.

How Coffee Is Regulated

Both FLO and Fair Trade USA work within the same basic parameters. Coffee with a Fair Trade Certification must meet labor laws and fair wages for farmers. Workers’ rights and responsible farming in respect to the land must also be met. Economic, social, and environmental factors are all considered before the coffee can be certified.

Be that as it may, the standards differ depending on the individual company. This can hurt smaller farms as those with a low number of employees are often not regulated. A study on fair trade coffee regulations and their effects done by Harvard University found that while many families have prospered, others have seen a decrease in their income due to fair trade laws.

FLO and Fair Trade USA are not the only fair trade organizations trying to create a positive change for our coffee growers.

Why Is Fair Trade So Important?

Fair Trade is important for many reasons. Overall, it aims to create sustainable living for coffee farmers (and other products) around the world. Although they have taken it a step further than just wages, the goal is to make growing plants a career in which you can live comfortably.

These regulations also provide training, education, inservice programs, community outreach, and much more. What is really important, however, is the dangers we face if these regulations are not in place.

Low Wages and the Environment

The ongoing struggle with climate change has taken its toll on coffee farms. The crops are not as hardy as they once were, and they are dying off due to diseases at a much higher rate. When these problems happen on small farms where the wages are poor, families face years with no income as they wait for new crops to grow. In turn, this forces farmers to cut down more trees and clear land to grow additional coffee plants to make up for the difference.

Reduced Production and the Environment

If the issues mentioned above continue, researchers predict a dramatic decrease in coffee production by 2030. This, again, leaves farmers in a tough spot where they may be forced to use chemicals on their crops to ensure quick and efficient growth. This can have lasting effects on the land, water, and overall health of many communities.

We often relate sustainability with an ethical company, but unfortunately, that is not always the case. Many larger coffee manufacturers and brands are using this term as an excuse to “save” money across the board. This includes paying a fair wage for their coffee bean supply. It also extends to investing in nonprofit organizations that help poverty-stricken communities with health care, education, jobs, etc. Using sustainability as an excuse not to pay decent wages or invest in communities will only create more problems.

Fair Trade coffee is in a position to create real change for the people who provide us with our favorite hot beverage. You can help make these changes permeate by supporting Fair Trade Certified brands and smaller coffee businesses that have worked hard to produce an ethically produced crop. 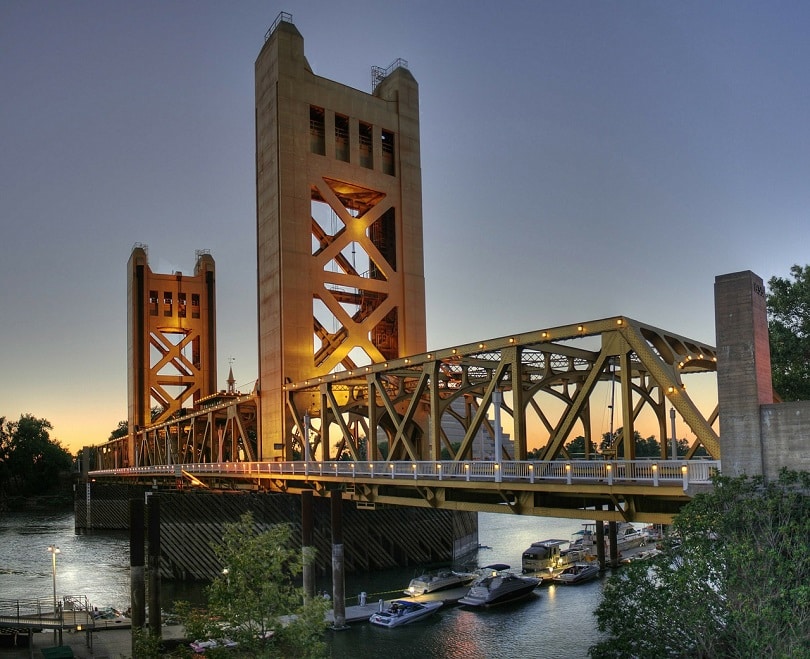 When you think of the hottest places to visit in California, we’re willing to bet that Sacramento isn’t one of the top places that come