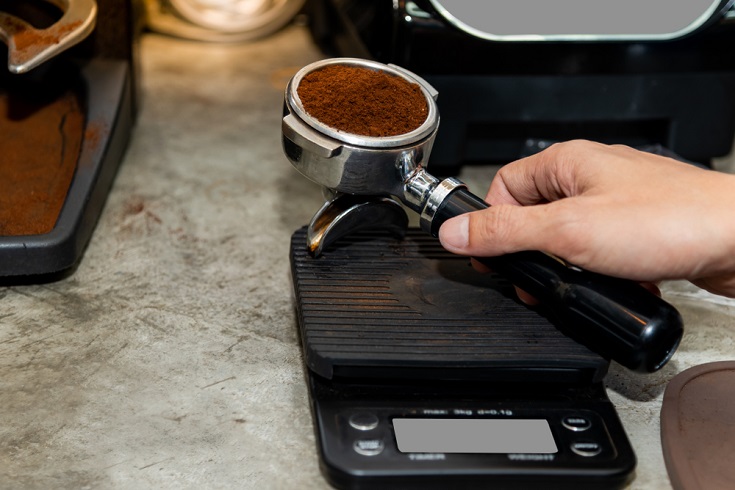 Making excellent coffee is hard but making excellent coffee every day is harder. Consistency is one of the most elusive aspects of brewing coffee. When we were first starting on our coffee-making journey, one day our coffee would come out like the nectar of the gods, and the next, it would be a sludgy, bitter mess. It wasn’t until we dialed in our measurement process using a kitchen scale that we could reliably reproduce our coffee day after day.

The best and easiest way to measure coffee consistently is with a kitchen scale, but if you don’t have a scale, we’ll give you some tips for how you can still improve your measurement game. In this article, we’ll teach you everything you’ve ever wanted to know about measuring coffee – and more.

Why Weighing Coffee is King

First, not all coffee beans have the same shape and size; some beans will be smaller, others larger. Some will be nearly spherical, while others will be oblong. The problem is that the size and shape of a coffee bean will affect how much fits in one scoop. Even if you use the same scoop or measuring cup, different beans will fill that scoop or cup differently, and you’ll wind up with different amounts of coffee in your cup.

Second, using a kitchen scale makes it easier to be consistent. Measuring coffee by volume using a scoop seems consistent, but unless you carefully pack and level the scoop the same way every day, you’ll always have slightly different amounts of coffee.

The better option that solves both of these problems is using a kitchen scale. Weighing coffee will always give you the same amount of coffee, down to your scale’s precision. The more precise your scale, the more reliable the measurement you get. At the very least, try to get a scale that has 0.5-gram precision, but if you can afford to spend a bit more, 0.1-gram precision is even better.

Even if you have different beans with wildly different sizes and shapes, 25 grams is always 25 grams. Using a scale instead of a measuring cup takes the guesswork out of measuring coffee and – as you’ll see soon – takes less work than properly using a scoop.

What if You Don’t Have a Scale?

If you don’t have a scale, don’t worry. You have two main options. The most obvious option is to purchase a scale. If you can spend the money, we strongly encourage you to get a scale. However, there are some things you can do to make measuring coffee more reliable and consistent even without a scale. 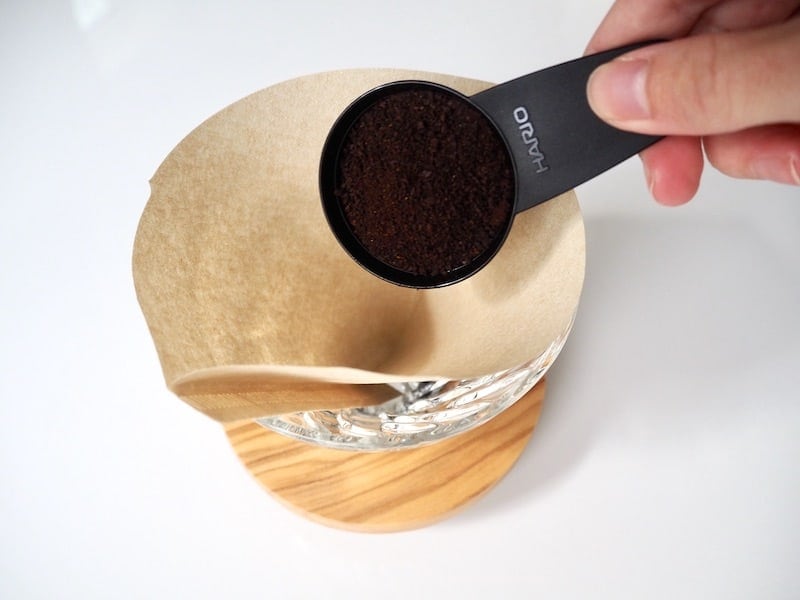 1. Use a Smaller Increment

Our number one tip is to use a smaller measuring cup or scoop. The trouble with large scoops is they’re hard to adjust. If your coffee comes out weak when you use one level scoop, how do you add just a little bit more? A heaping scoop isn’t well-defined, and you’ll inevitably wind up frustrated trying to reproduce that one great cup you made once.

Using a smaller scoop allows you to adjust your dosing more efficiently since the steps from one scoop to two are smaller. A teaspoon is a great start, but the smaller you go, the better. It takes slightly more time and effort to use smaller scoops, but the advantages are more consistent and easily tuned coffee.

2. Only Use Level Scoops

We briefly mentioned this in the last step, but it’s important enough to warrant its own entry. Heaping scoops are hard to heap the same way every time, so it’s much better to use level scoops since you’ll be more consistent. We recommend you first take a heaping scoop and then use the flat edge of a knife to scrape off the excess grounds. Leveling your scoops this way will give you relatively consistent doses.

Even level scoops can be inconsistent since sometimes air pockets will form, giving you the illusion of a full scoop when in reality, you’ll have slightly less coffee than you think. After you level the scoop, give it a sharp tap on your counter. Sometimes this will cause the coffee to collapse slightly and leave some empty space behind. When this happens, overfill the scoop and level it again. Repeat the process until tapping it on the counter doesn’t reveal any gaps in the coffee.

Measuring coffee is deceptively simple. It might seem like we’re making this unnecessarily complicated, but that couldn’t be further from the truth. Many people don’t realize how inconsistent their measuring process is or how large of an impact measuring inconsistency has on how their coffee tastes. If you start using a scale or follow our tips for better scooping, you’ll instantly notice an increase in consistency between cups.

Making nearly identical cups of coffee is the first step to gaining control over your brew. Once you know that you can reliably produce the same coffee every day, you can start learning how to tweak the process to coax out better-tasting coffee. You have to learn how to walk before you can run, and measuring coffee is the walking of the coffee-making world.

If you’re looking for a great coffee channel on YouTube, sorting through millions of options can be a daunting task. We’ve compiled the best list