Acrylamide in Coffee: Risks & When To Be Concerned 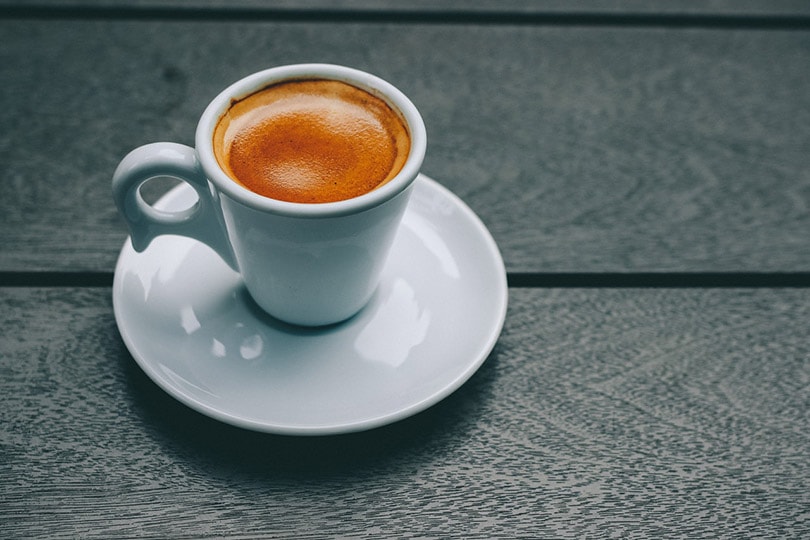 Acrylamide is a highly toxic plastic-like substance that is classified as a carcinogen. On its own and in high amounts it can be harmful to your health. You might be thinking, “Keep that far away from me!” But in reality, sometimes it is difficult. The unfortunate truth is that acrylamide is found in many foods. It can be developed from the combination of glucose or fructose with an amino acid called asparagine, in certain processes of cooking, usually involving high heat. Foods like French fries, potato chips, and even boring old, toasted bread contain acrylamide. But another thing that contains acrylamide is coffee. Sigh… You’re thinking you have to give up coffee now. Don’t think so fast! This is not the final verdict. Here’s what you need to know about acrylamide in coffee.

Acrylamide has been around ever since humans have been cooking. However, it was only discovered in April of 2002.

Acrylamide is a chemical that can develop in foods through the processes of baking, frying, roasting, or anything that applies a significant amount of heat (248 degrees Fahrenheit or more). According to the National Toxicology Program’s Report on Carcinogens, acrylamide is “reasonably anticipated to be a human carcinogen.” When heat is applied to foods that contain any naturally occurring sugars or starches, it can combine with asparagine to form acrylamide.

So, what foods don’t contain asparagine? If you are looking to avoid asparagine, you are probably going to have to limit yourselves to fresh fruits and vegetables, except for asparagus (hence the name). This means no eggs, bread, dairy, nuts, meat, or fish. For most people, this clearly isn’t tenable, especially if you need substantial protein in your diet.

Is There Acrylamide in Coffee?

There has been a buzz about the carcinogenic content of coffee. Yes, there is acrylamide in roasted coffee. The sucrose reacts with the asparagine during the roasting process. In 2018, a Los Angeles judge ruled that roasted coffee needs to be marked that it may include carcinogens, much to the chagrin of many coffee roasters (and customers!). Though there is acrylamide in coffee, there is much reason to believe that dark roast, even though it is roasted at a higher temperature and sometimes for a longer time, may contain less acrylamide.

Is Acrylamide in Coffee Dangerous?

A cup of coffee contains anywhere between 0.45 micrograms of acrylamide. A cup of instant coffee can have as much as 3.21 micrograms. Is this a large amount of acrylamide? Should you be concerned about your intake, especially if you’re in the habit of drinking more than one cup of coffee per day? An adult weighing 160 pounds can reasonably consume 182 micrograms of acrylamide per day. This means that the cup of coffee which likely contains less than 1 microgram is not going to push you over the edge in terms of cancer developing or metastasizing. In reality, there are foods that you are probably eating that are much higher in acrylamide than the morning brew.

How Do I Remove Acrylamide from Coffee?

Since nearly all coffee is roasted in order to brew it, and roasting is the process that causes the formation of acrylamide, there is no way to remove it reasonably. It’s a part of your drink whether you like it or not. But if you are the adventurous type and are dead set on drinking your coffee without this chemical, you might try drinking green coffee. When coffee beans are picked, they are naturally green. The darker color is obtained through roasting.

You could try green coffee extract. But if you enjoy the morning ritual of brewing a cup and having something to sip on, you can brew green coffee. Fair warning though- It will be much different than what you are used to. Green coffee has a woody and highly acidic taste to it. Many find that it disagrees with their palate.

Easy Green Coffee Recipe
Green coffee is an earthy, lightly caffeinated drink made with raw green coffee beans. Alongside a variety of health benefits, this unusual drink has an interesting flavor! It's also incredibly easy to make...
Try this delicious recipe!

How Do You Avoid Acrylamide in Food?

If you are reading this, you probably live on Planet Earth. In that case, unless you are a rabbit and only eating fresh greens, consuming certain levels of acrylamide is inevitable. To take a hardline approach and stop eating the foods you love just so you can avoid a certain carcinogen, which may or may not pose a serious risk to your health, is not advised. The answer is not to avoid all foods with acrylamide. Rather, target foods that are exceptionally high in this chemical and avoid those. At the same time, you should counteract the bad foods with foods that are low in acrylamide.

The biggest culprits are fried foods, particularly anything potato-related. On top of the heat levels used to fry French fries, for example, you are also being exposed to vegetable oil, a scourge of the Western diet.

These foods are high in acrylamide:

One of the major deficiencies in the Western diet is fresh fruits and vegetables. They are packed with nutrients, especially cruciferous vegetables, or those of the cabbage family. If you are having a hard time making the switch to eating more vegetables, just see how you feel after eating a salad versus a burger and fries. Listen to your body!

Get more of these nutritious, low-acrylamide foods in you:

How Do You Avoid Acrylamide in Cooking?

Cooking processes that utilize higher heat are those that cause starches and sugars to combine with asparagine to form acrylamide. If you can avoid the higher heat (248 degrees Fahrenheit and up), then you can avoid the development of acrylamide in food. Try boiling or steaming your vegetables instead of roasting them. Since water boils at 210 degrees Fahrenheit, you don’t need a massive, rolling boil to cook up some broccoli. This way, if eating raw vegetables isn’t really your thing, you can still cook your vegetables.

But we all love our potatoes. Are we doomed to never eat another spud again? Have no fear! Soaking your potatoes for 15 – 30 minutes in cold water helps reduce the amount of acrylamide developed when cooking them, even if they are fried or roasted.

Do Cigarettes Have Acrylamide?

If you are concerned about having acrylamide in coffee but are still smoking, then you need to nix this bad habit first. Not only does cigarette smoking form acrylamide, but cigarettes have loads of far more harmful chemicals than acrylamide. It’s unfortunate that the judge in Los Angeles wanted to lump coffee in the same category as cigarettes by imposing a carcinogenic warning label. The adverse health effects of these death sticks are responsible for at least half a million deaths in the United States every year. Acrylamide, on the other hand, has not been verifiably linked to any specific cause of death or type of cancer.

While scientific discoveries are usually helpful, if they are made known to masses of people, they can sometimes cause undue panic. The issue of acrylamide in coffee is a perfect example. Since acrylamide has been in cooked food ever since humans have been cooking, we’ve been consuming it this entire time and do not know about it. Also, the discovery of acrylamide in 2002 has not given us any new insights into how to have a healthy diet.

The food pyramid already states that we should be getting around 10 servings of fresh fruits and vegetables every day, especially green vegetables. And potatoes, as filling as they are and filled with potassium, cannot be our ‘main’ vegetable. All this is to say that having an extra cup of coffee in the morning is not going to give you cancer and the concern is mostly unfounded. Enjoy it!

See Also: Are Mycotoxins in Coffee Harmful For You? 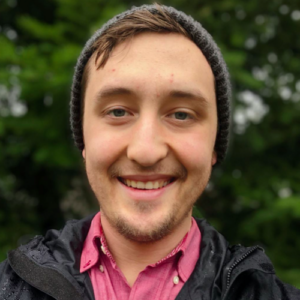 Aaron is a Pacific Northwest native who enjoys coffee, playing guitar, and playing cribbage with his wife. He is currently a graduate student in Boston, Massachusetts. 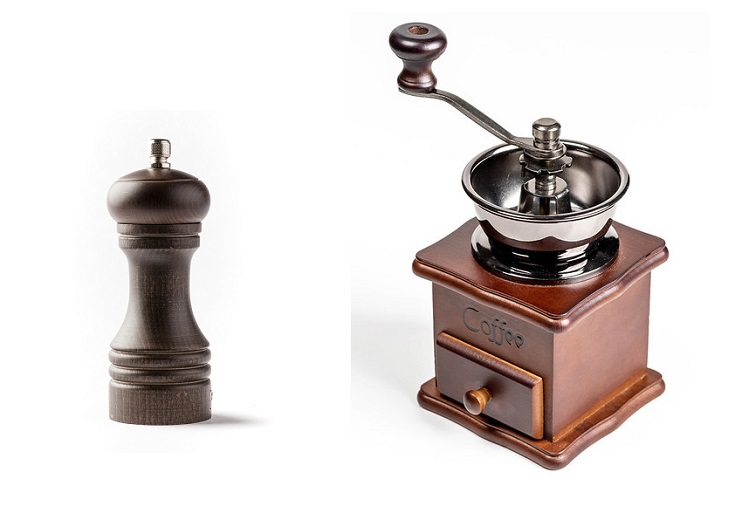 Spice Grinder vs. Coffee Grinder: Are They the Same Thing?

A grinder is a grinder, right? Well, sort of. In reality, not all grinders are created equally and which grinder you need depends on what