What’s the Most Caffeinated Energy Drink in the World? Surprising! 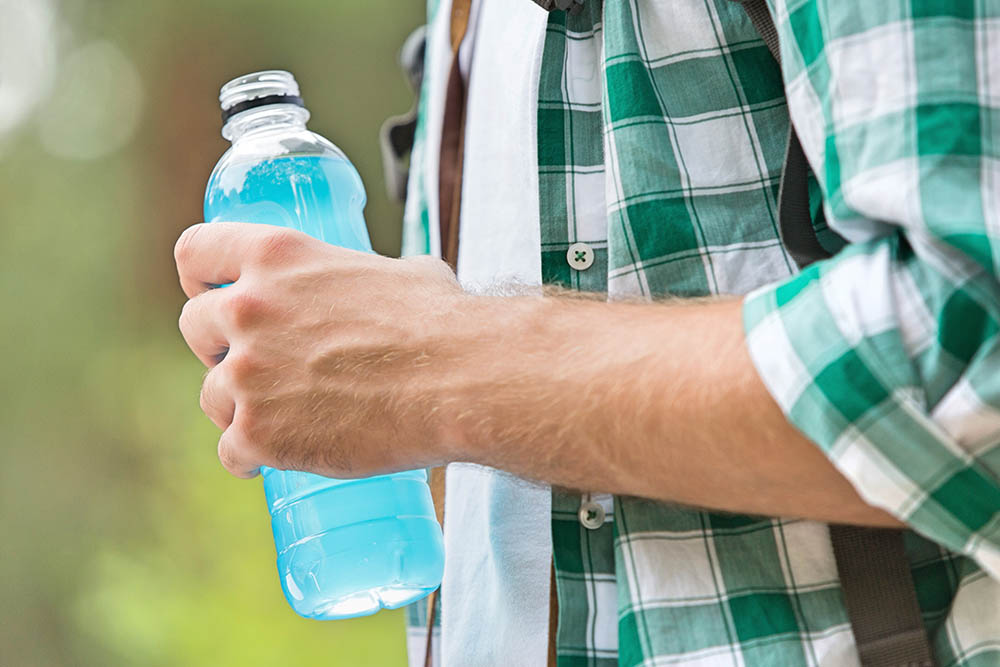 Energy drinks have been around for ages. They have been used by workers to gain enough energy to finish their shifts, writers to stay awake and complete their last chapter, and even by students taking part in late-night cramming sessions before a big test. What’s the appeal of these drinks, you may ask? The answer is simple. Caffeine.

Energy drinks come packed with more caffeine than your typical cup of coffee. It’s the caffeine inside, often paired with large amounts of sugar, that keeps people awake and alert until they’re ready to call it a day. Now, here’s an important question for anyone looking to score a big boost of energy inside a 16-ounce can. What’s the most caffeinated energy drink in the world? Your answer is Spike Hardcore Energy with its whopping 350 mg of caffeine per can.

Let’s learn a bit more about this highly caffeinated beverage, how much caffeine is considered safe, and whether you should add Spike Hardcore Energy to your fridge.

Caffeine can be found in various plants around the world. The most popular are, of course, coffee, tea, cacao, and kola nuts. Most people have tried these plants at some point. Coffee is a favorite morning beverage many can’t live without. Tea is drunk in multiple varieties and is beloved around the world. Cacao is found in chocolate. And kola nuts are used to make soft drinks so many of us pop the top on daily. While the taste of caffeine itself may not be that great– it’s actually quite bitter– it’s the energy it gives us that draws people to products made with caffeine.

Caffeine is a stimulant. After consuming a drink with caffeine inside, your central nervous system receives the stimulus and you feel more awake and alert. Caffeine blocks the transmitters in your brain that make you feel sleepy. This is why people turn to caffeinated energy drinks and coffee when they start to feel rundown throughout the day or need help waking up each morning.

How Much Caffeine Is Considered Safe?

While caffeine provides the body a bit of energy, like with anything else, too much can be dangerous. Most people can go throughout their day, having coffee in the morning and an energy drink around lunchtime, and notice no problems. Others aren’t that lucky. It’s all about your body’s tolerance to caffeine, and of course, the amount of caffeine you take in throughout the day. Most experts suggest no more than 400 mg of caffeine per day for a healthy adult. Children, teens, and pregnant women should consume far less.

As we mentioned, some people tolerate caffeine better than others. You may drink coffee all day long and have no issues. Your next-door neighbor may drink one cup and then suffer jitteriness all day long. It’s all up to the individual and their ability to handle the energy caffeine provides. Here are a few signs you should watch for that may indicate you’ve consumed too much caffeine and should limit your daily intake:

Energy drinks are often considered the bad boys of the caffeine world. Some people live their lives without ever trying one while others stand by the energy and clarity they feel these drinks provide them through a hectic day. Why all the controversy? It’s due to the high levels of caffeine found inside energy drinks, like Spike Hardcore.

Spike Hardcore Energy, the most caffeinated energy drink around, has what Caffeine Informer considers to be an extreme amount of caffeine in a 16-ounce can. 350 mg of caffeine is close to a person’s recommended daily allowance. According to the caffeine tolerance of an individual, one can partnered with a morning cup of coffee or a chocolate bar could make them experience the symptoms we discussed above. Unfortunately, when it comes to highly caffeinated energy drinks, consuming several a day can become dangerous.

For those who tolerate a lot of caffeine well, Spike Hardcore Energy may be the energy drink they’ve been searching for. This drink features a whopping amount of caffeine and multiple flavors to choose from. Made by the company, Biotest, this energy drink can be found in original, blu raz, purple surge, strawberry lemonade, and watermelon flavors.

According to the ingredients list of Spike Hardcore Energy, these drinks also include Beta-Alanine and N-Acetyl-Tyrosine, the latter of which is often used to fight narcolepsy. Biotest suggests, due to the ingredients and the high level of caffeine in their product, that first-time users should start with only half a can, or 8-ounces until they see how their bodies react to the drink.

As you can see, Spike Hardcore Energy and its 350 mg of caffeine per can is easily considered the most caffeinated energy drink in the world. While you may find pre-workouts that feature more caffeine than Spike, those types of drinks aren’t normally found in the energy drink category. If you need a boost and have no issues with caffeine, this drink may be calling your name. Like with any product featuring large levels of caffeine, however, proceed with caution and only consume what you feel your body can handle.

See also: How Much Caffeine in Coolah Energy Drinks? What to Know!

Millions of people wake up every morning craving a cup of coffee. Most coffee lovers simply toss the used coffee grounds into the trash, not