What Is Geisha Coffee? 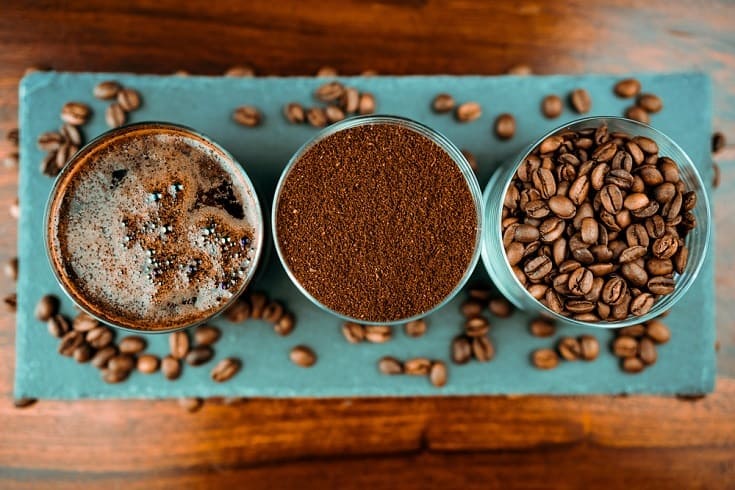 Do you know what is the most exclusive coffee in the world? Yep, you guessed it! Geisha coffee is not only the most sought after, but it’s one of the most expensive beans, as well. Chances are if you have heard of this coffee, it’s probably the price tag that caught your attention first. Though, you may not know anything else about it.

If you have never heard of it, or you only know of it due to its exorbitant price tag, we have you covered in the article below. We have outlined this bean’s origins, history, status, plus why it’s so expensive. Not only that, but we will also share the most important factor, what it tastes like.

If you want to find out more about Geisha coffee and the mystery and confusion surrounding it, keep reading for more info!

What’s in a Name?

There has been some confusion regarding the brew due to its name. If you’re a bookworm, the name may remind you of a book by the name of Memoirs of a Geisha. This is where the issue comes into play. The term “geisha” has been historically used in Japan. The more accurate name for the coffee is actually Gesha coffee. The Japanese have been using the term “geisha” for many decades before the coffee became well known, but as many shop owners used Japanese pictures and imagery in combination with the bean, the name stuck.

That being said, the coffee is named after its origins in the Gori Gesha forest in Ethiopia. This is where the exclusive brew got its start.

As mentioned, Geisha coffee originally comes from the Gori Gesha forest in Ethiopia. That was until the 1950s, however, when they sent it to Costa Rica to be studied by the Tropical Agricultural Research & Higher Education Center. From there, it was brought to Panama where it is still largely grown today.

After Panama took over the growth of this coffee, they were able to perfect the farming of the plant, harvesting of the cherries, processing, and roasting to create a unique and remarkable brew. The most famous beans came from the Hacienda la Esmeralda that is located in the Volcan Baru; also, the tallest mountain in Panama. The farm is still the most famous Geisha coffee exporter in the world.

Unfortunately, though, they didn’t know what they had. It had been served in coffee houses throughout the country for decades…until 2004.

The Specialty Coffee Association (SCA) is made up of coffee experts who have devised a coffee profile that is scored on a point system from 1 to 100. Many different categories and factors are considered in this system, and the highest score wins their annual coffee award.

In 2004, the Hacienda la Esmeralda entered their Geisha coffee stunning the experts with its unmatched flavor and aroma. They scored a shocking 94.1 points which is the highest score ever given at the time this article was written. Needless to say, Geisha took off as a worldwide success after that.

Why Geisha Coffee Is So Sought After

Now that you know the history and the details behind this coffee’s leap into stardom, let’s get into the bulk of the matter. Why is Geisha coffee so special? What does it taste like? Why is it so expensive? We have you covered all fronts!

Geisha coffee has a flavor unlike any other coffee on earth. As a matter of fact, it can be a bit difficult to describe as the nuance is so unique. Unlike standard, bitter coffee, this brew has a smoother texture and mouthfeel. It’s almost closer to tea than coffee. Regardless, it manages to be bold yet smooth simultaneously.

The flavor also has fruity notes like mango or citrus. It can vary depending on the region it comes from, however. You can also find hints of guava and other exotic fruits. Some even taste a flower-like undertone, as well.

The aroma of these beans and brew is also distinctive, yet very unique. Many describe it as having a perfume scent with notes of jasmine, rose, and bergamot. Others are better able to sense the fruity aspects of the Geisha.

Though opinions on the aroma may differ, one thing is unanimous, however. The scent from the Geisha is rich like coffee but also has subtleties not often found in this plant. Like the taste, it can be hard to pinpoint what makes it so special as it is one of a kind.

Why Is Geisha Coffee in Such High Demand?

One reason why the beans are so sought after is that the farmers are not able to keep up with the demand. Unfortunately, they are only able to harvest a certain number of cherries per year. This is not the only reason, however:

Why Is Geisha Coffee So Expensive?

As we pointed out above, these plants require specific growing, harvesting, processing, and roasting conditions. This also has a lot to do with the climate, so farmers may need to wait if they wish to match the superior quality of previous batches.

We also mentioned that only so many harvests can be done per year. As the immense popularity is growing, they are unable to keep up with the demand. This, of course, has driven the price to astronomical heights in some locales.

The demand for Geisha coffee has gotten to the point that cafe owners and coffee shops are no longer able to place an order for the beans. Instead, they have to bid on them for the right to sell them in their store. As of now, the highest a pound of Geisha coffee beans has gone for is $600!

Take a look at the price of a cup in other areas:

Unfortunately, when demand is high and supplies are low, it is the perfect opportunity for some to make a fast buck. If you hop online, you will likely be able to find a pound of Geisha coffee beans for somewhere between $50 and $200. As the old saying goes, however, if it’s too good to be true, it probably is. Many people have been scammed by these fake ads, so be careful if you are in the market. To be safe, go directly through a reputable coffee house or go directly to the source and bid!

RELATED READ: What are the world’s most expensive coffee varieties?

So, is this unique and expensive brew worth the money and hype? In our opinion, yes, it is! The unique flavor is unlike anything you have ever tried, and it’s worth it on a special occasion. Is it worth trying to drink this brew every day? Probably not, but getting a cup for a couple of twenties is worth it especially if you are a devoted bean lover.

We hope this article has shed some light on this interesting and sought-after coffee. Hopefully, more Geisha coffee will be produced so we can all add it to our resume of coffee.

Mother’s Day is coming up, and that means you’ll need the perfect gift! Maybe it’s time to move beyond the classic box of chocolates or

What is the Coffee Belt?